The Castro Valley Performing Arts faculty are professionals in their field of study. CVPA’s faculty is comprised of some of the most sought-after teachers in the Bay Area who understand that teaching dance is not just about teaching good technique. It is inspiring, encouraging and nurturing the artist in every student. 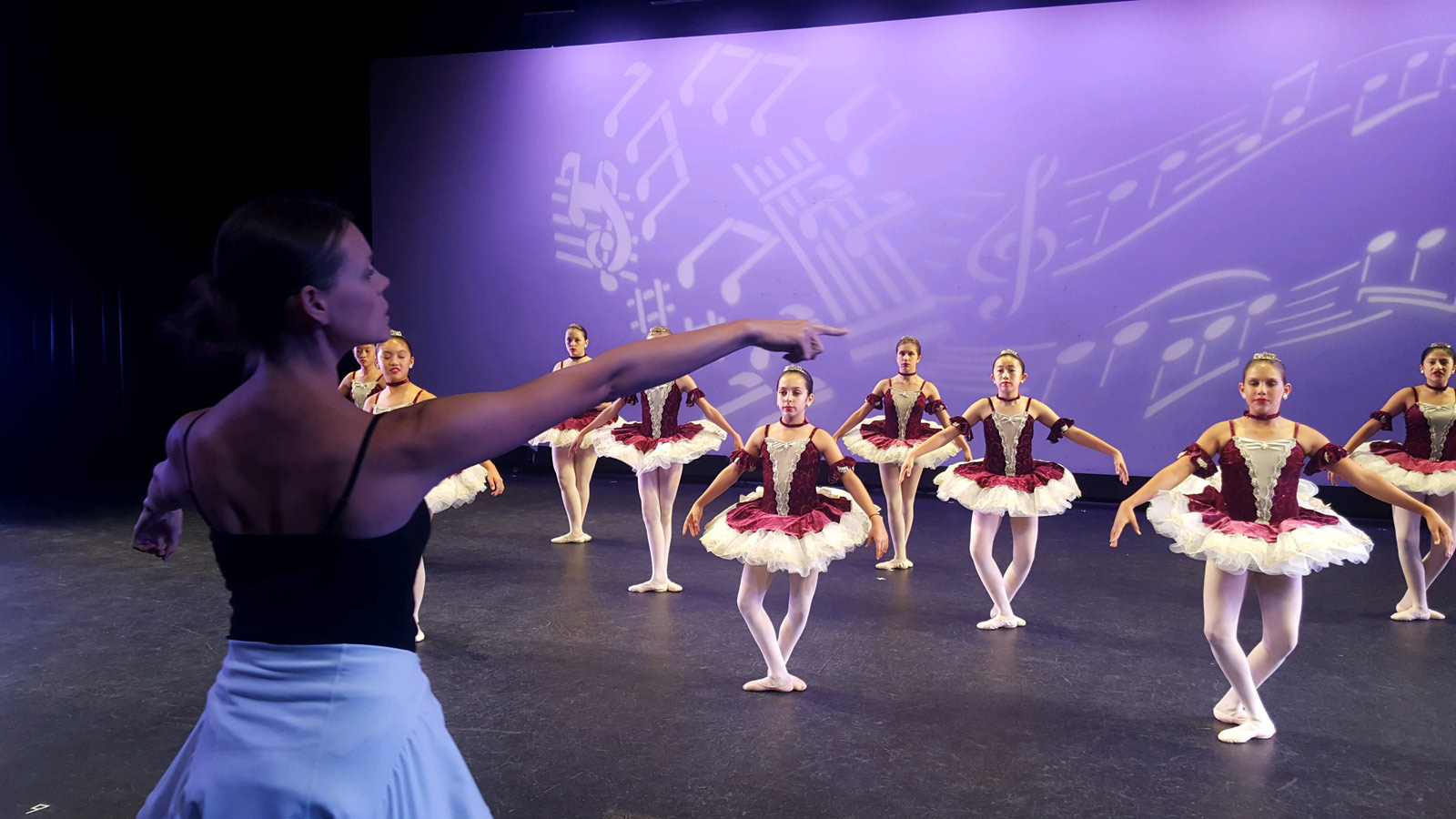 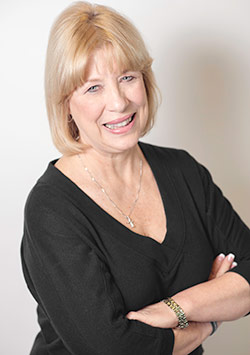 With over twenty-five years of experience in the entertainment industry, Janet has toured with such names as the Temptations, JoAnn Castle, Bob Hope and Dorothy LaMour. She also spent several years performing aboard Princess Cruise Lines (The Love Boat) singing and dancing in their nightly musical productions. Her television credits include “Dick Clark’s Special of the Year Show” and various commercials for Princess Cruises and American Express. Her choreography credits include a dance fitness television pilot featuring Joanie Greggins, Billy Hufsy from FAME and MC Hammer; The Teen Miss California Pageant; Miss CA Pageant; Outstanding Teen of California Pageant; Ohlone College Summerfest theater productions of “Grease” and “A Funny Thing Happened On the Way to The Forum;” and numerous industrials throughout the state of CA. She also served as dance director of the syndicated television program “Morning Stretch.” Prior to opening Castro Valley Performing Arts, Janet was the director of The Academy for the Performing Arts in Fremont and Newark and a member of the faculty in the drama department at Ohlone College in Fremont. 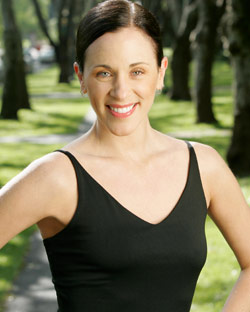 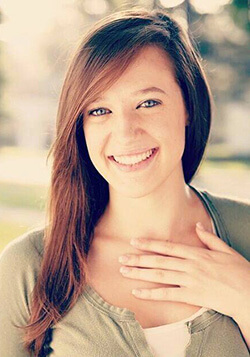 Ever since Kristina eagerly slipped her feet into her first pair of ballet slippers at the tender age of five, it has been difficult to keep her out of them! Kristina has studied at three different dance studios in Castro Valley, but CVPA was always been the place that felt most like home to her. After being a passionate student at CVPA, Kristina was inspired to give back to the community and spread the love of dance to children of a variety of ages. She dabbled in choreographing and teaching for Douglas Morrison’s theater camps and has been teaching at CVPA since 2007. Helping to foster positivity, creativity and self-confidence in children is her number one passion in life. She currently has a Bachelor’s Degree in Liberal Arts with a minor in childhood studies and a multiple subject teaching credential for grades K-6. While she is not dancing her heart away at CVPA, she can be found molding the young and eager minds at Stanton Elementary where she teaches Kindergarten. Kristina’s dance classes are both fun and challenging. She has a large following of tiny dancers who adore her – appropriately calling her the “the little old lady who lives in the shoe” – tap shoe that is! 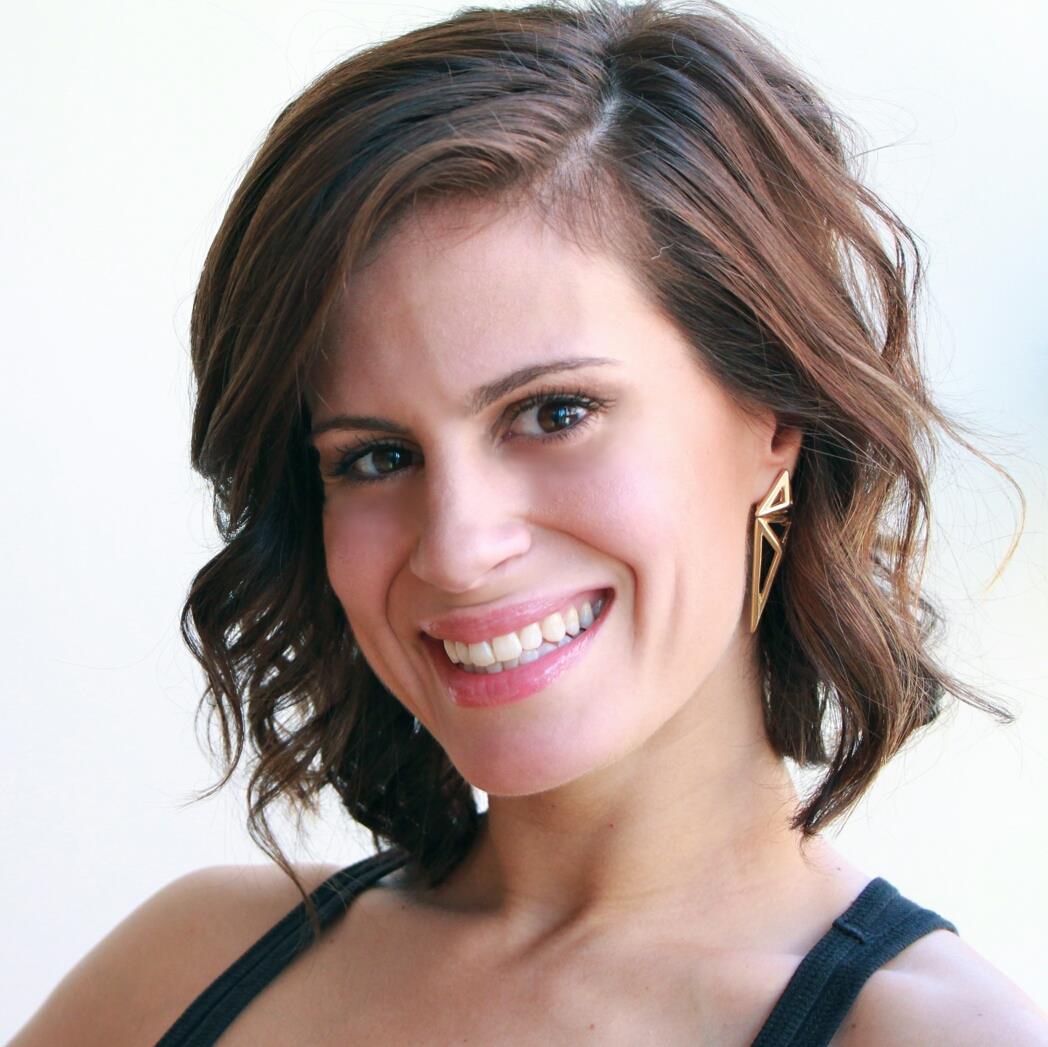 Amanda is a versatile Performer, Instructor and Choreographer in multiple dance styles including Jazz, Contemporary, Ballet and Latin Dance.  She specializes in Latin Jazz and NY Style Salsa On 2, otherwise known as Mambo.

Amanda has been an instructor at some of the most prestigious dance institutions in NYC including The Joffrey Ballet School, Ballet Hispanico, Alvin Ailey, Broadway Dance Center, and Peridance.

Amanda is a certified Yoga Instructor through Greenpath Yoga in San Francisco and holds her BA in Sociology with a concentration in Family Studies from San Jose State University.

Michelle Tara Lynch hails from Los Alamos, New Mexico. She earned a BA in Environmental Studies and a BFA in Dance from the University of California Santa Barbara.  While at UCSB, she received the Patricia Sparrow Dance Scholarship, the Tonia Shimin Award for Excellence and Promise in the Field of Dance, and graduated with honors after creating a full-length evening work, entitled Roots. After graduating, Michelle was asked to reset one of her works, Through the Valles,  for the UCSB Freshman Company.  Michelle moved to New York City in 2012, where she became a company member and instructor with Jennifer Muller/ The Works. While with JMTW, she had the privilege of touring throughout the United States, as well as internationally in China, and Italy.  During her time with JMTW, Michelle worked as a teaching assistant to Jennifer Muller, also assisting Ms. Muller with residencies at the University of California Irvine, Cal State Fullerton,and Jacksonville University.  Michelle taught regular technique classes to  JMTW company members, scholarship students,and apprentices. She also coordinated programs for young choreographers, and taught creative workshops for elementary schools.  Outside of her work with JMTW, Michelle presented her own choreography in California at the HH11 Festival in Santa Barbara, as well as in New York at Greenspace, Hatch Series, and Columbia University.

Michelle recently relocated to the Bay Area, and is thrilled to be teaching and performing on the west coast again. In her classes, Michelle emphasizes the importance of proper alignment, specificity of detail within choreography, and the importance of individuality. Each student receives direct attention, as she believes that every dancer has a unique and tremendous ability to perform. 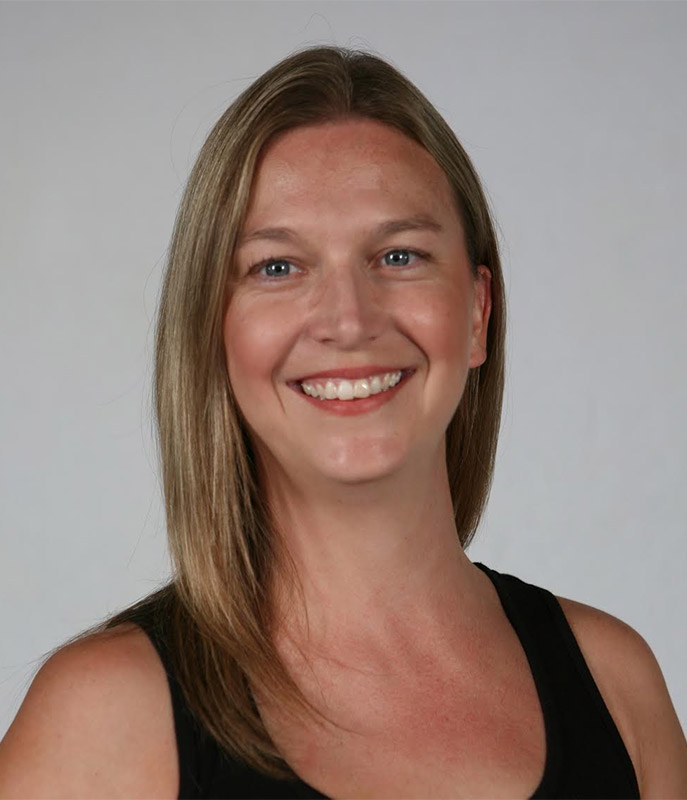 Born in to a family that owned their own dance studio, Dallas has been dancing since she could walk. Dallas began her dance studies at her family’s dance studio. Upon its closing, she joined Castro Valley Performing Arts. Throughout her teenage years, she studied tap, ballet, jazz and hip-hop at CVPA where she quickly became known as the girl with the “fast-talking feet.” While in college, Dallas continue studying tap dancing with an emphasis on “rhythm tap”. Dallas is now the “rhythm tap” specialist at Castro Valley Performing Arts. In addition to her teaching at CVPA, Dallas is also a first grade teacher in the Dublin Unified School District where she can often be caught tapping down the hallways of Frederiksen Elementary School! 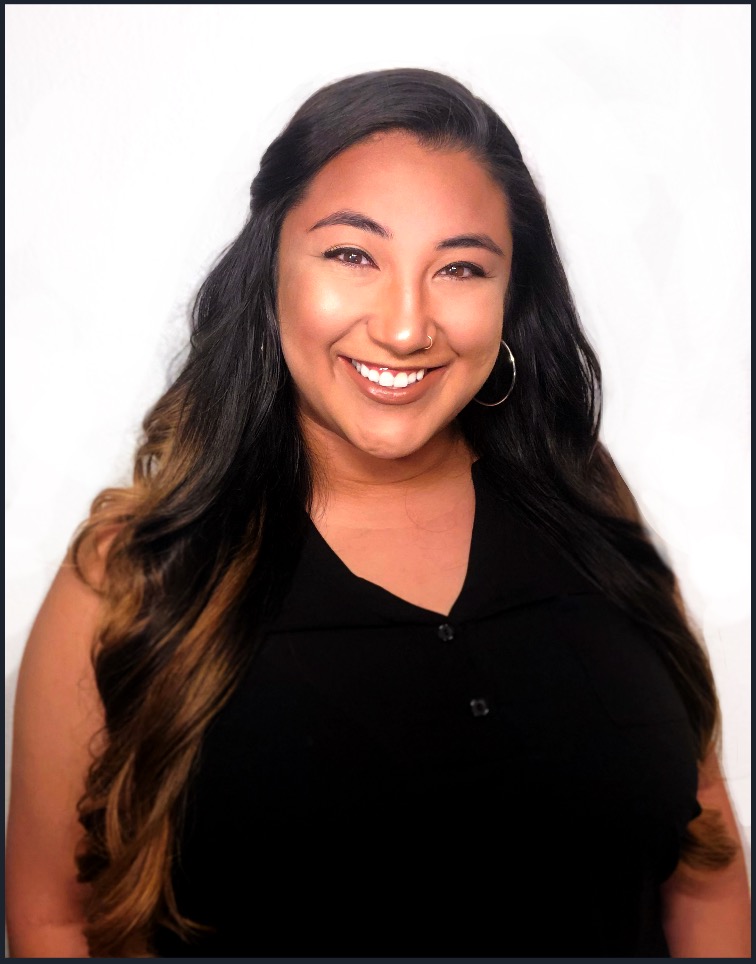 Kimberley’s dance training began at the age of four from various dance studios and companies throughout the Bay Area. During her teen years, she attended many conventions throughout the United States. Through these conventions, she was awarded numerous scholarships which provided her with extraordinary training opportunities which included the opportunity to travel to New York City to study with notable dancers such as Mia Michaels, Brian Freidman, Laurieann Gibson, Dave Scott, Christ Judd, Wade Robson and Gil Duldulao. Kimberley also studied on scholarship at the Debbie Allen Dance Academy in Los Angeles. Kimberley was featured in Trendy Trends’ Dance Catalog. She and her dance partner were also semi-finalists in the CBS television show, “Dance Revolution”.

Kimberley has been a member of two renowned Bay Area Dance Companies: “Independent Dance Company”, based out of San Jose and “APT” (aka Apprentice), directed by members from “The Company” based in Daly City.

Kim joins the CVPA faculty, where she teaches hip-hop and contemporary classes. Kim’s classes are very popular.  She prides herself in always providing a fun and welcoming dance environment for both advanced dancers and beginning dancers alike! CVPA is excited to have Kimberley join our faculty this year!

Originally from northeast Ohio, Melissa grew up practicing gymnastics, ballet, and playing the organ.  She trained and performed pre-professionally with Cleveland City Dance, BalletMet, Cleveland Ballet, and Hartford Ballet schools.  Melissa began her studies of Dance Education at Ohio State University, where she graduated with Honors and Distinction with her Bachelor of Fine Arts degree in Dance.  While based in Ohio, she taught and choreographed for ballet, lyrical, and creative dance students of all ages at NorthPointe Dance Academy, and Leap of Faith Dance Studio.  Melissa also practiced massage therapy for 15 years with her license from the Ohio State Medical Board.  Upon moving to California, she expanded her professional life by studying early childhood Music Education.  Since then, Melissa has taught music and movement classes throughout Bay Area community and school settings, including as a docent with Music for Minors II, a dance educator with Alonzo King LINES Ballet’s HeART with LINES program, and currently as a Music Educator with Music for Minors.

Cat Reyes found her love of dance in high school. Since then, she’s been training in the styles of jazz, modern, hip hop, contemporary, and belly dancing throughout the Bay Area, including studying at Diablo Valley College and San Francisco State University. Cat is a seasoned performer in Bay Area theatre.  Favorite credits: West Side Story, In the Heights, Grease, and Tarzan.  In addition to performing, Cat has choreographed many stage productions including The Little Mermaid, Jesus Christ Superstar, and The Hunchback of Notre Dame with Tri-Valley Repertory Theatre and High School Musical, Wish Upon A Star, and In The Heights with the Peter Pan Foundation.  For over a decade, she has taught technique at various studios and choreographed many national award-winning groups and solos. Cat had the honor of choreographing for the Kaiser Permanente Educational Theatre troupe, as well as touring as a featured entertainer/teaching artist.  Her overall goal is to share her love of the arts with her students in hopes that it fills their souls as it has done for her.

Specializing in Tap, Jazz, Ballet, Lyrical, Contemporary, Hip-Hop, Tumbling, Stretch and Strengthen, Turns and Leaps, Musical Theater and Zumba for children and adults of all technical levels from beginners to the advanced. Group, private and semi-private classes are available. Boys’ classes are also available.